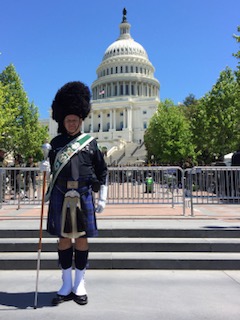 John Buturla has served the public for the nearly 39 years in law enforcement, homeland security and city administration. He had a very successful career with the Connecticut State Police, where he attained the rank of Major and served in many assignments, including as a Commander of Patrol and Major Crimes. He was Director of Labor Relations, and served as the Chief of Staff for the department. In October of 2001 he was appointed as the first Deputy Director of Homeland Security for the State of Connecticut, then went on to be the Director. He was responsible for building the organization, in the wake of the attacks on 9/11, which is still in existence today. He served two Governors during his tenure. He left the state and became the Chief Administrative Officer for the City of New Haven, Connecticut, where he managed the majority of city operations. During his tenure he lead the city’s efforts to improve service delivery to citizens, enhanced community outreach, implement cost savings reorganizations and improved the efficiency of public safety.

He left New Haven, making a decision of the heart, to serve his hometown of Stratford, Connecticut as its police chief, until he came to Richmond, VA. as the Deputy Police Chief for Support Service. He also took on the responsibilities for the Administration Division. In March of 2015 Mayor Dwight C. Jones appointed him as the lead and project director for the UCI Road World Championship, which was in September of 2015. After a very successful event, he was appointed as the Interim Deputy Chief Administrative Officer for Operation for the City of Richmond in October 2015, where he served until his retirement in September of 2017. Buturla continues to serve the country as a Senior Consultant for the Naval Postgraduate School, Center for Homeland Defense and Security, where he has served for a decade. Since early 2017, Buturla has had the distinct honor and privilege to serve as the Drum Major for the Metro Richmond Police Emerald Society Pipe and Drum Band. 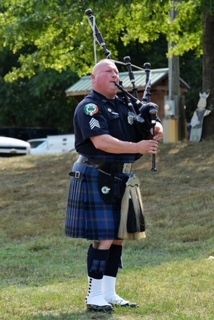 Pipe Major McCann is a charter member of MRPES, and holds a Life Membership in the Society. He's a founding member of the MRPES Pipes & Drums, which formed in 2011, and served as the band's first Pipe Sergeant until he was honored to be appointed to Pipe Major.

Mike served in the US Army as a military police officer from 1988-1993. Upon leaving military service in 1993, he became a State Trooper with the Virginia Department of State Police. He currently holds the rank of Sergeant and serves on the VSP Honor Guard.

Mike began learning the pipes in 2002 with the "green book" from the College of Piping and instruction from two local teachers. Since 2006, he has attended the annual Winchester Summer School put on by the National Piping Centre from Glasgow, Scotland. During this time, he has received instruction from the world's best pipers from Scotland, Ireland, and Canada, and has earned two piping certificates, under the Piping and Drumming Qualifications Board.

Mike is currently a Grade III solo competitor in the EUSPBA, and has won multiple prizes including four wins as Piper of the Day. His band experience involves competing with the Washington, D.C. Regional Police Pipe Band (Grade V) and the Greater Richmond Pipes and Drums (Grades IV and III). He has also played part time with the Newport News Police Pipes and Drums. Additionally, he has served as Pipe Major for the Virginia State Police Pipes and Drums since its inception. 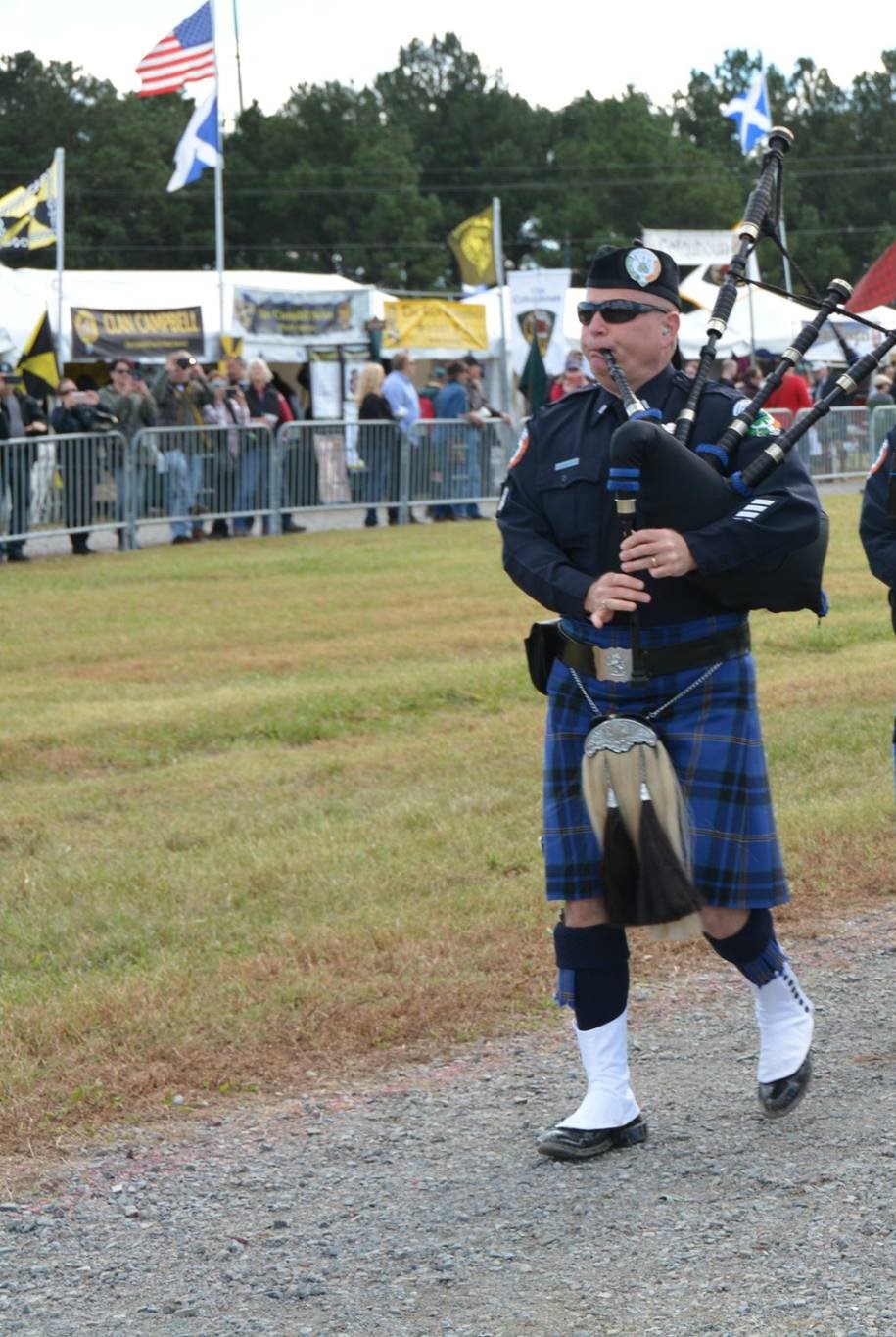 In 1994, after serving honorably in the United States Army for three years, Jodie began his service in Law Enforcement. His passion for law enforcement has taken him from the Petersburg Bureau of Police to the Prince George County Police Department. He serves as a Lieutenant and is a Shift Commander. Not only does he serve his county as a police officer, he serves the Commonwealth and Country as an Engineer Officer in the Virginia Army National Guard. In 2011, he deployed to Iraq where he served as a Platoon Leader with the 29th ID. He was honored to serve as the Company Commander of the 237th Sapper Company in West Point, VA. Recently, Jodie was promoted to the rank of Major and is currently assigned to the 276th Engineer BN as the BN Executive Officer.

Jodie became a member of MRPES in 2013 after learning of its mission and vision. Since joining MRPES, he has been an integral part to several society and band fundraising events. Due to his drive and zeal for the MRPES mission, he was nominated and voted as Trustee on the Board of Directors in 2016; he remains serving in this capacity. Jodie began his piping career on May 8, 2013 with the "blue book" from the National Piping Centre. Soon thereafter, he joined the MRPES Pipes and Drums. He frequently takes lessons from two local teachers/mentors, Chance Bell and Mary Wallace. Both are an inspiration to him. He has attended the annual Winchester Summer School sponsored by the National Piping Centre from Glasgow, Scotland almost every year since beginning his piping career. At this school, he has received instruction from the world's best pipers from Scotland, Ireland, and Canada. Their patience and love for piping resonates with all attendees.

In 2016, he was selected to serve on the Virginia State Police Pipes and Drums, which he holds in high esteem. Jodie has competed as a EUSPBA Grade IV Senior Piper in 2017 and 2018 at the Richmond games. He placed second in the 2/4 March on his very first attempt at competing. Jodie looks forward to competing more in the upcoming years. Jodie has served as the Pipe Sergeant since March 2019. Overall, Jodie is an asset to the MRPES as a Trustee and Pipe Sergeant because of his leadership ability, passion for the MRPES mission, and his piping abilities. He looks forward to working with and learning from the Drum Major, Drum Sergeant, and Pipe Major in order to continue to build upon the band’s significant posture within our region. Last, and certainly not least, he is extremely thankful and appreciative of the support that he has received by his wife, Kay, who serves as a Tenor Drummer with the band.

In closing, Jodie encourages anyone looking to expand his or her horizons and is interested in being a part of the band to contact him or band leaders.